10 years as a developer at Si digital

Alex, our lead developer has been with us for 10 years. Here is a little recap from him.

In 2008, bleary-eyed from a 3-year University course I found a small web development company willing to take a chance on me with little experience. “Something Interesting” as we were called back then, took the time to answer the seemingly hundreds of questions I had on a weekly basis. As a result, I learnt more about web development in the first 3 months at Si than 3 years at University!

The web development landscape has changed considerably over the past 10 years. If you are a developer just starting out you have landed in a glorious time of auto-updating browsers. No longer do we have to battle to support fixed versions of IE 6,7,8,9. We still have to deal with IE 10/11 occasionally but the differences aren’t nearly as severe.

A great benefit of working for an agency is the wide range of projects you are exposed to, and the opportunities to learn new tech in order to tackle varying new challenges. I’ve worked on everything from car insurance quote engines to back office systems for toy companies, and even a mapping tool to display real-time faults in submarine cables and what nearby ship’s anchor might have been responsible!

Despite the wide variety of client projects, sometimes we need a good excuse to experiment with new technologies.

Back in 2013, we wanted to experiment more with real-time technologies and start mixing web technology with physical hardware. With Halloween approaching, we decided to build a way to allow strangers on the internet to turn a tweet into live streamed electric shock for one of us while we worked. With thousands tweeting about us and visiting the site it inadvertently resulted in our greatest marketing campaign to date.

An illustration we used on our Shocking Halloween project to show how the electric shocks were dealt.

This success paved the way for more “hack projects” and it became a yearly occurrence for the team to collaborate on everything from internet controlled robots to remote controlled nerf guns and table tennis scoring app.

Sid the robot featured on a gaming channel on Youtube.

One of the greatest aspects of working at Si is the incredible work/life balance. Steve, the MD, cares deeply about the well-being of his employees and understands that a company is nothing without those that work there, constantly prioritising staff happiness over profits.

A couple of years ago we introduced half-day Fridays, which then evolved into Work-From-Home-Half-Day-Fridays and despite reducing our weekly working hours to 33, we’ve seen no drop in productivity. Quite the opposite in fact, as we all appreciate the benefits, are more refreshed, and therefore work to maximum efficiency.

But working flat out for 8 hours isn’t sustainable so the company encourages regular screen breaks, providing a table tennis table as a temptation to pry us away from our screens.

I can count the number of times I’ve had to work overtime on one hand, which in 10 years is a testament to the sensible and realistic project planning.

As a result, it hardly seems surprising that I have reached 10 years and why there are 2 others just a couple of years from also reaching this milestone.

There have been a huge number of changes in the last 10 years, and the next 10 years look to be equally full of change. It’s great seeing the younger generation come in to the studio and bring with them new ideas, frameworks and development approaches.

Improving our skills with Dev sessions 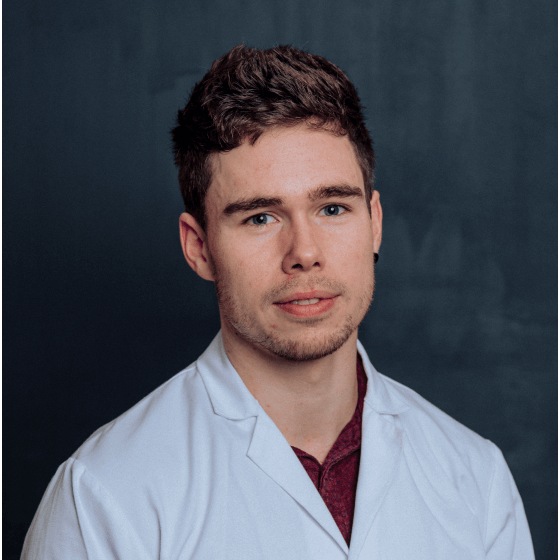