How can financial services firms encourage more women to invest? 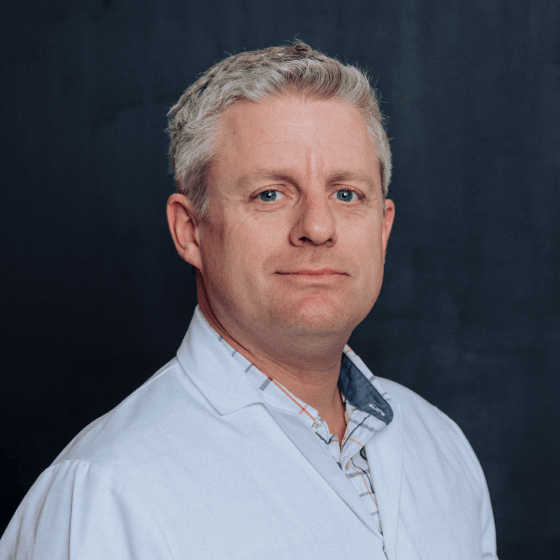 The UK’s second-largest investment platform, Interactive Investor, reports that just over a quarter of its customers are women.

Similarly, statistics from HMRC show that, just 13% of women hold a stocks and shares ISA compared with 21% of men. This gender imbalance is echoed throughout financial institutions across the UK.

The gender investment gap certainly doesn’t go unnoticed. It has been a hot topic in financial services over the last few years, aided by the rise of fintech startups and challenger banks, although, highlighting the issue doesn’t solve it.

Why do women invest less than men?

There are several reasons why women are perhaps reluctant to invest, here are 5 key considerations:

1. The gender pay gap in the UK is 11.9% which leaves women with less financial flexibility than their male counterparts.

2. While society has come a long way in its efforts to equalise gender roles and redress gender stereotypes, embedded values and behaviours may have a part to play here. For example, where men are the breadwinners, they may be more likely to manage family finances, leaving women with less decision-making power over money matters.

3. Traditional financial advice is a heavily male-dominated field. It is typically a product-led environment with a sales approach which can be off-putting to women and foster a lack of trust. In general, women prefer to talk about life choices and goals rather than technical product specifics.

4. New technology and innovation are the foundation of fintech startups such as investment apps. The digital-first approach attracts tech-savvy individuals who are keen to try new gadgets – which tend to be men. Generally, men latch on to new technology far quicker than women, especially when it concerns finances, because women are more cautious when making financial decisions.

5. Ultimately, women take a different approach to investment. They are far more risk-averse and conservative. Their strategies are typically long-term as they strive for financial security and to provide for their family, rather taking risks for quick returns. They prefer cash ISAs, funds and trusts over stocks and shares, and while they may not be good at investing, they’re great at saving and putting money aside regularly.

Yes. Women should be investing more for their future. While its plateaued, life expectancy has been on an upward trajectory for a number of years and women have a longer life expectancy than men.

Importantly, the gender pay gap directly impacts pensions and, in general, women will receive less money than men in retirement.

With this in mind, saving and investing isn’t just a lifestyle choice – it’s a must – for both men and women, to achieve their retirement goals and sustain a good standard of living in later life.

What can fintech and financial services firms do to encourage women to invest?

Many fintech startups and financial services firms have recognised the need to adapt their strategies to cater for and attract a female audience. However, few are successfully pushing this agenda. At the crux of the issue is the need to:

Although, when putting these initiatives into practice, the outcome is different for targeting women compared with men. Importantly, women want to be treated equally rather than being singled out as ‘different’ when it comes to managing finances.

The industry continues to be a male-dominated environment and so strategies and decision-making are heavily influenced by male perspectives. As a result, marketing messaging and product positioning are naturally geared more toward a male audience. Firms need to shift their mindset and approach toward marketing, user interface (UI), user experience (UX) and digital product design in their bid to onboard female users.

To build trust, firms needs to educate and empower their customers. This can be achieved through a carefully crafted and user-friendly workflow that guides and prompts customers on what to do next and how to use the financial products. There should be ample resources available to both educate and answer queries.

Firms should move away from technical investment jargon and instead talk about life choices, long-term goals and family. This can help create an emotional connection and give practical context to why customers should use their services.

A study by Fidelity International found that women typically consider investing to be inaccessible and time-consuming. However, the ease and accessibility of online tools and quick access to information has encouraged many women to invest for the first time. 19 per cent of those surveyed said the ability to receive regular nudges and reminders to invest was a key benefit of managing their investments online.

Money management apps have also encouraged women to begin investing. 39 per cent of those who had downloaded one in the last 12 months also purchased an investment product for the first time.

However, most products on the market are disconnected from women’s daily lives. Investment products usually offer limited options based on risk appetite alone. The likes of fintech startups and challenger banks need to develop products that are more personalized and take into consideration an individual’s salary, disposable income, financial objectives and future goals.

We take a look at Dozens, a money management app that provides current accounts, investment products and cash savings accounts. The company doesn’t proactively target women however, their brand, product and messaging reflect female values. Here are just some of the ways in which their strategy could encourage women to invest:

1. The company is built on opinions from over 300 people from different walks of life as they strive to create a banking solution that works for everyone. One of their core brand messages is ‘everyone deserves more from their money’, this ensures women are not singled out as different to men and also empowers their community of customers.

2. Approximately 75% of the team are women, which is unconventional for the financial services industry.

3. They avoid using footnotes and asterisks which are usually commonplace in financial services, this helps to build trust and ensures their communications are straightforward.

4. In their core messaging they use emotive words and phrases like ‘home’, ‘put you in control’, ‘plan for the future’ and ‘fairer’, all of which align with traditional female values.

5. Dozens has a Smart Budgeter with an Auto Savings feature that allows users to align their interests to their savings goals with ease. For example, users can create personalized triggers such as “Save £1 every time it rains” or “Save £10 if my favourite team scores” by linking their Dozens mobile app to other web applications. This hands-off feature suits busy lifestyles and helps people to keep on top of their savings goals. As such, it enhances customer experience and meets the growing demand for personalization.

6. Dozens’ investment tools also allow users to align their personal preferences with their investment activity. Users can choose to invest in categorized portfolios pertaining to the likes of clean energy or robotics and artificial intelligence, enabling them to support the initiatives that matter most to them. What’s more, they provide prompts when users are off track to help them reach their long-term investment goals.

Financial decisions are among the most important and emotional decisions that people make and this sentiment should be reflected in a company’s brand, product and ethics

Firms should take a customer-centric approach toward everything they do and find a balance between collectively representing traditional male and female values. Ultimately, new and established financial institutions have the power to help close the gender investment gap through careful consideration and implementation of their marketing strategy, UX and digital product design.

A customer-centric approach to web design in financial services